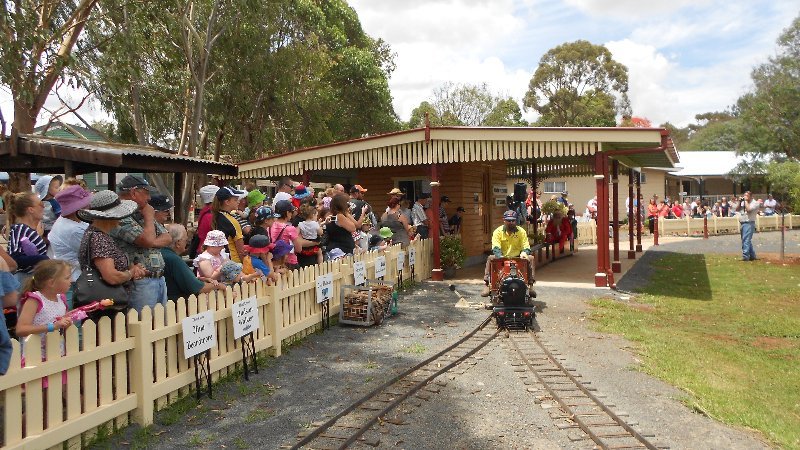 Highfields Pioneer Village officially opened their Miniature Train Track on the 11th of December, 2016. The Miniature Steam Loco Myrtle May’s total length (with carriages) is 11.6m, she runs on 10¼” track and has 3 passenger carriages and a water and coal tender. She can carry more than 12 adults or 18 children at any time!

Myrtle May was built by Nelson Hoey and named after his wife. Myrtle May`s parts were cast at the Toowoomba Foundry. Based on the production drawings of the 1915 C16 Steam locomotive, Myrtle May is a smaller scale model of the C16s, originally designed in 1903 as an improved 4-8-0 loco built by various firms. 15 of the full-sized Locos were built by the Toowoomba Foundry for Queensland Rail. The last of the C16’s was commissioned on 21 April, 1915 and withdrawn from service on 28 May, 1964, after travelling 1,134,533 miles around Queensland. The last surviving full scale C16 is currently being restored at Downs Steam at Drayton.

Highfields Pioneer Village Volunteers aim to run little Myrtle May regularly on the last Sunday of every month and special days. Tickets are $3 per child and $5 per adult, children under 5 years are required to have an adult accompany them.
Schedule of Running Days: Last Sunday of Each Month

A Review of Australia Day 2021 at Highfields Pioneer Village

While many thousands of local residents and visitors chose to spend at least part of Australia Day at Highfields Pioneer Village, due to the need for COVID-19 compliance, there were some changes in 2021.

As usual though, the Village volunteers were running all of the usual pioneer activities and displays. Over 70 buildings of historic interest were open to the public, with the Village’s renowned billy tea and damper and other food choices available. There was musical entertainment from a swag of popular performers throughout the day.

In  the 2016 Australia Day Honours, Manager of Highfields Pioneer Village, Mr Raymond Richard Ashford, received an OAM (Medal of the Order of Australia in the General Division) for service to the tourism industry in South East Queensland.

Highfields Pioneer Village (in Wirraglen Road) is run entirely by Volunteers dedicated to preserving the History of the Darling Downs for Future Generations. Phone contact 4696 6309. 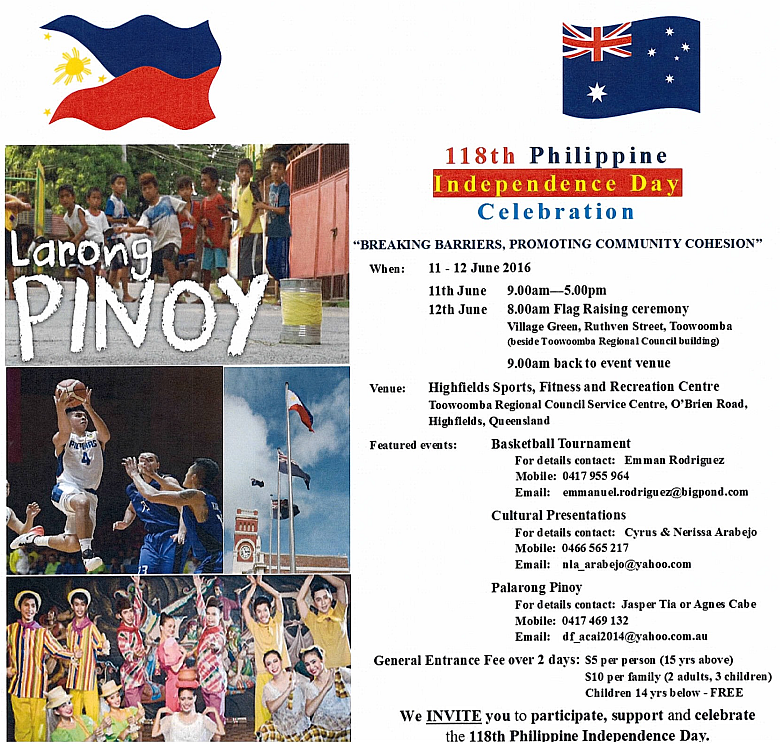