Citizen of the year – Ron Baxter

Ron Baxter is this year’s Highfields Citizen of the Year. Ron is an active and committed volunteer of the Highfields Lions Club and the Highfields Pioneer Village. His dedication to the Historical Village has seen him amass more than 1660 hours of volunteer work since he joined the tourist attraction in 2012. Ron’s talents include restoring old engines and tractors, among many other jobs.

He donned his chef’s apron to help with the barbecue at the Toowoomba Hospital Children’s Appeal during the Easter Vintage Festival.

Ron’s willingness to help the Highfields Lions Club also knows no bounds. He cheerfully lends a hand at the annual Block Party, the Highfields Show and Shineas well as overseeing the barbecue at Highfields State School on election days.

Anna Bartlett is a contemporary painter who is inspired by happy colours. It is little surprise that her artistic heroes are Matisse and Australian painter Ken Done. Her colourful illustrative works often include children, flowers and birds.
She recently completed six children’s murals at the Toowoomba Hospital and another five detailed murals at Breastscreen Queensland.

Apart from painting original works, Anna runs Shiny, Happy Art. This includes the popular Paint Along sessions which are aimed at beginners and group collaborative events.

Anna recently donated a painting in a fundraising effort for disabled teenager Joshy Mitchell and his family. Proceeds from a pop up art event were donated to the Mt Lofty Heights Nursing Home.

Her artwork adorned the cover of the 2016 Carnival of Flowers program and has appeared in other magazines and outlets.

Ryan Nicholson has a boundless passion for soccer. He was named most consistent player in South West Queensland for his 2016 efforts with the Highfields Colts.

At the South West soccer tournament Ryan was part of the successful Highfields FC division one team and gained additional honours when he received the referee’s best and fairest player in the first division grand final.

Ryan is respected by his peers and was voted Highfields Football Club’s Under 18 player of the year.

To cap an incredible season, Ryan was in the top three nominations for the first division player of the season at the 2016 South West Football awards night.

The Highfields Pioneer Village Museum and Park is a non-profit group that was established in 2000 to support and maintain the Highfields Pioneer Village. The organisation maintains and establishes static displays of significant historical events as well as demonstrating and passing on traditional skills used by early settlers on the Darling Downs.

The displays include a large collection of vintage cars, trucks and tractors. Visitors also can browse a fine collection of antique radios and electrical appliances.

The Heritage Chapel was built in 1909 as a Congregational Church at Meringandan. The Village Fashion Shop features an original silk wedding dress from the 1890s.

The Village also houses a unique collection of tinsmithing machinery. The historic Gore Railway Station now also takes pride of place at the Highfields Pioneer Village along with a new favourite, the Myrtle May Miniature Steam Railway.

The Village won the Community Event of the Year category in the 2014 Australia Day awards and is a past winner of several Toowoomba Chamber of Commerce business awards. 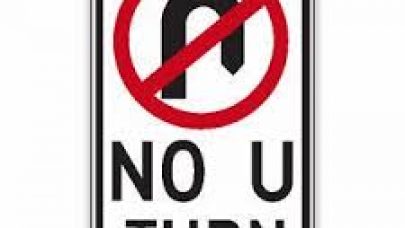 No U-turn On The Highway Outside College, Highfields